Our morning began with some careful maneuvering through a forest of tabular icebergs, which were so large they practically dwarfed our Ship. 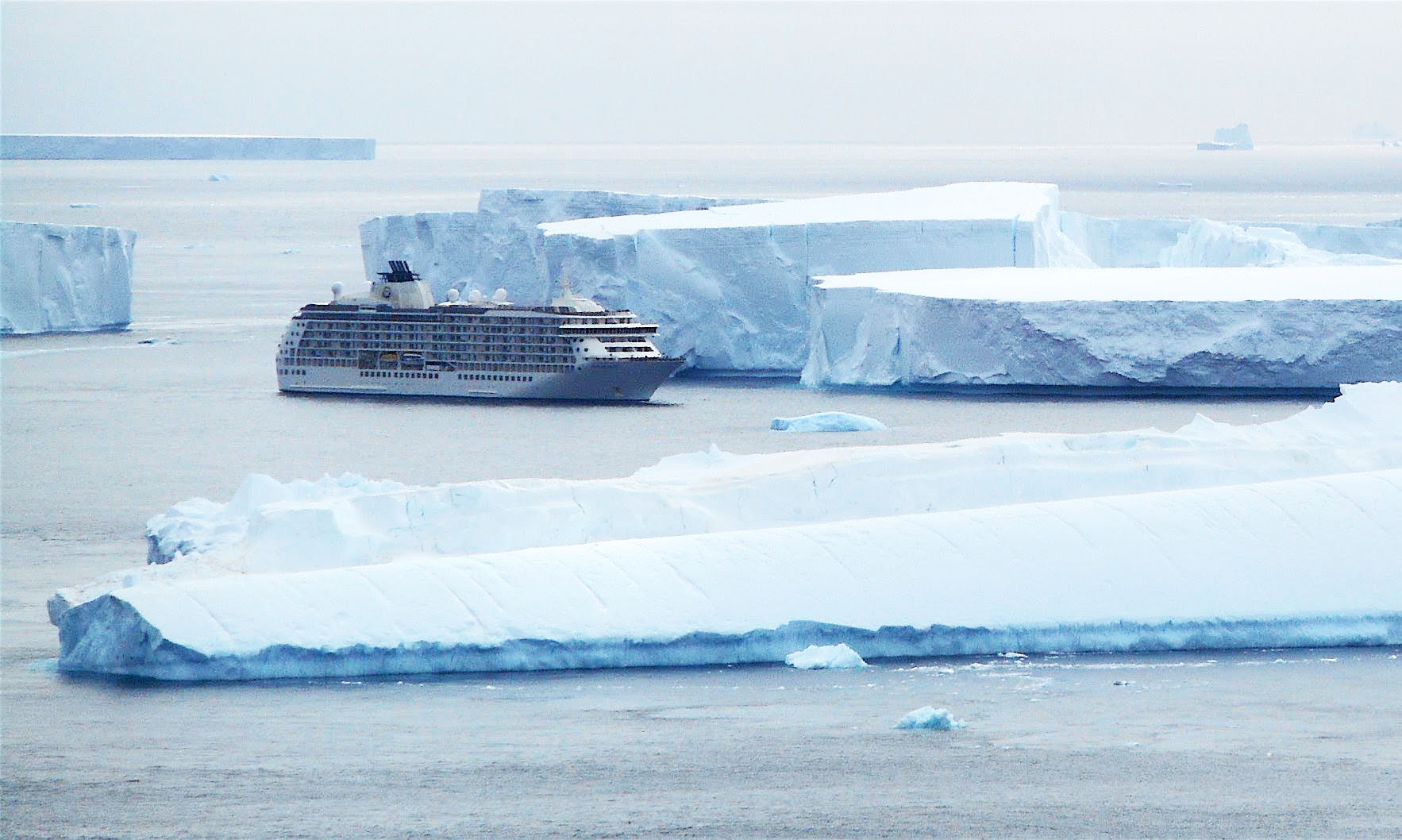 Soon after, we came to anchor off Brown Bluff, at the northeastern tip of the Antarctic Peninsula. Sunshine and no wind just made the afternoon, along with 20,000 pairs of Adelie penguins and two kayak outings. The Adelies had large, three- to four-week old chicks and many of the adults were coming and going from the sea to feed the voracious teenagers. Some paused for a bite of ice to slake their thirst. The barren shoreline of Brown Bluff, reminiscent of a volcanic desert environment, was the backdrop for our kayak excursion. Kayaking was through a maze of small icebergs, rocky islets and along cobble beaches populated by thousands of penguins. We discovered a Weddell seal on the ice, a series of 30 meter high ice waterfalls and met curious penguins that decided to jump into our beached kayaks. A tremendous afternoon!